Call me an ignoramus but I always thought that movie costume designers had a team of sewing professionals at their disposal who were producing what the actors wore. I imagined that the producer, director and costume designer met and discussed and added figures, and away did the designer go, to the workshop where cinematic marvels would be made. Or maybe they had a team of minions who visited vintage stores in order to find hidden treasures that would be altered to taste and measures.

Costume designers go Angels, THE costumier to the stars.

Angels is a family business of 100+ staff, two London addresses, and has provided costumes for television (incl. Downton Abbey, Game of Thrones and countless commercials), theater (where their fashion story began) and movies (incl.Cleopatra, The Titanic and Star Wars) for over 175 years.

They have made costumes for everyone who’s anyone in the Performing Arts (from F. Astaire to Z… I’ll find the name of an actor starting with Z in a tick) .

I heard a random interview featuring Tim Angel a couple months back, and just had to find out more. So when I googled them, I was thrilled to see that they organize tours. Not very many though and once you go in you realize why: it’s a place of work, and well… who wants to have people constantly breathing down your neck when you’re at work.

I booked the last tour they had for 2016 and dragged my poor friend Naomi along. Naomi is a wizard of creativity and delights in putting her personal touch when jazzing up outfits, even making her own hats(!) 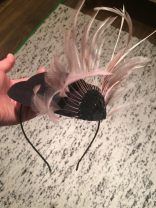 She saved the day for a wedding by fixing a major wardrobe malfunction, sewing three bridesmaids into, yes into, their dresses an hour before they were due to walk down the aisle. So I thought an Angel tour would be right up her alley.

And off we went on an hour or so long tour through what seemed to be the palace of wonders. Our guide, Mark (30+ yrs of faithful service at Angels), was just delightful and regaled us with enchanting and amusing anecdotes.

You are not allowed to take photos on the tour, so I wrote some cursory notes and will try to remember as much as possible

The tour starts with “making” in case a costume has to be “built” from scratch. There I learned that our modern clothes have straight sleeves to allow free movement.

Angels started in the Victorian era, which is the period for which they have the most clothes. Another interesting fact I didn’t know: until recently, most clothes were made using upholstery material, which is thicker and warmer (no central heating back then…) So Scarlett O’Hara was in line with her time with her green curtain-dress. But imagine sewing long luxurious and ornate clothes from the rather stiff material… poor fingers….

We went on to ‘altering‘ where costumes are skillfully adapted to the actor’s measures (infinite tact and prowess required for that job!). Extra fabric is very rarely cut, just adroitly tucked in.

And then Mark pushed the door and “Open Sesame”: clothes everywhere 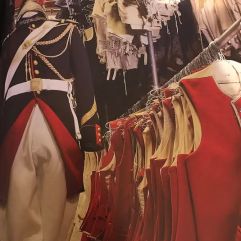 8 miles of costumes (= over 12,000 double wardrobes), and that doesn’t include furs, shoes, gloves, ornaments, hats and a myriad of other accessories. Our little group ooooh-ed and wooow-ed in amazement. 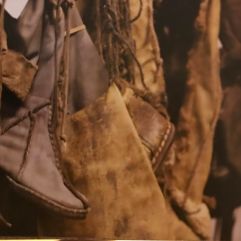 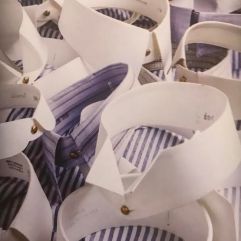 Clothes are amazing story tellers; whether we consciously acknowledge it or not, we analyze people through what they wear a lot more than we realize or want to admit. Mark took one of our group and asked the others to “guess” from the clothing what the weather was like, how much walking the person did, if the person lived in town or in the countryside “etc etc etc”. I was the one “on display” so felt a bit self-conscious since I tend to dress more for comfort than elegance… But it was insightful in showing how so very visual information is.

The tour finishes with the “Hall of Fame” of posters from all the movies which won an Academy Award.

So my question is… if Angels does more than half of the work, why do the Costume Designers get all the credit? Hmmm, something to investigate for a later post…